About The Barbados Manufacturers' Association

The Barbados Manufacturers’ Association was incorporated under the Companies’ Act as a limited company on July 23, 1964. The Association is dedicated to furthering the interest of local manufacturers, and its membership, on a collective basis. Our objectives are:

“To be the change agent for achieving World-Class Excellence in Barbadian
Manufacturing”.

We will strive to achieve our vision by:

Leadership: – having the courage to act on our convictions; aligning our actions with the shared core values; fostering collaboration, building trust, and facilitating meaningful relationships among stakeholders; seizing initiatives and looking outward for innovative ways to improve; inspiring and influencing excellence in business through the practices we exemplify.

Membership Focus: – valuing the business of our members; being highly sensitive to their needs; anticipating, confirming and responding positively to members requests, queries or concerns; committing to being open, flexible, dependable and accountable.

Integrity: – conducting our affairs with high ethical standards; acting fairly and legally in everything we do. honouring our commitments and taking personal responsibility for our actions; impressing on our stakeholders to be transparent in their business practices.

Quality: – taking pride in our work and being committed to excellence through timely, efficient and reliable services.

Reliability: – adhering to following through on promises; delivering our services in a consistent and sustainable manner.

Interdependence: – demonstrating a willingness and ability to value the contribution of others; having the ability to build highly effective relationships with other people; recognizing and appreciating the worth of each individual’s ideas, perspectives, analyses, conclusions.
Results Driven: – exhibiting an unrelenting focus on accomplishing goals and achieving desired results. 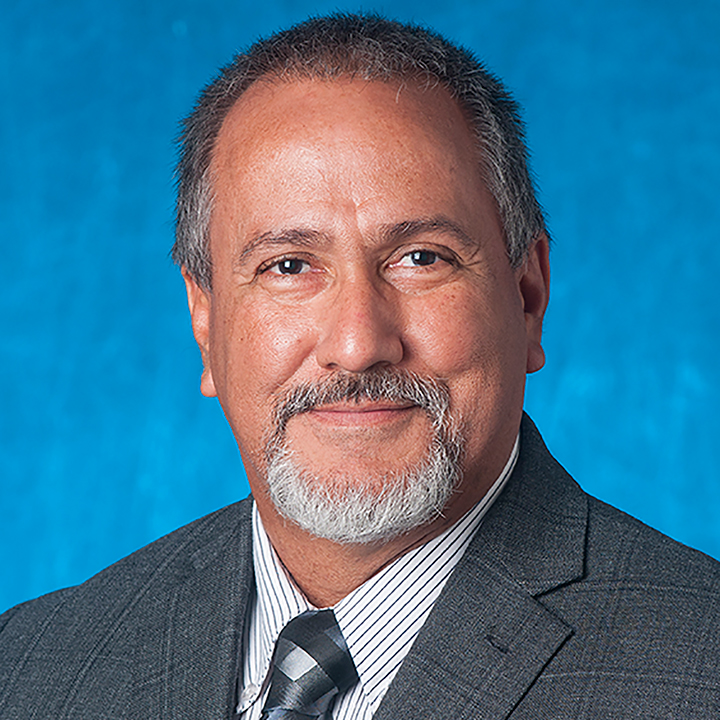 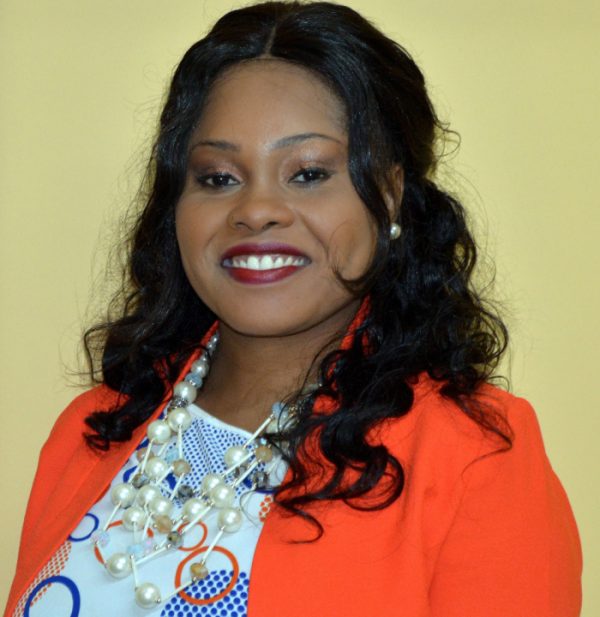 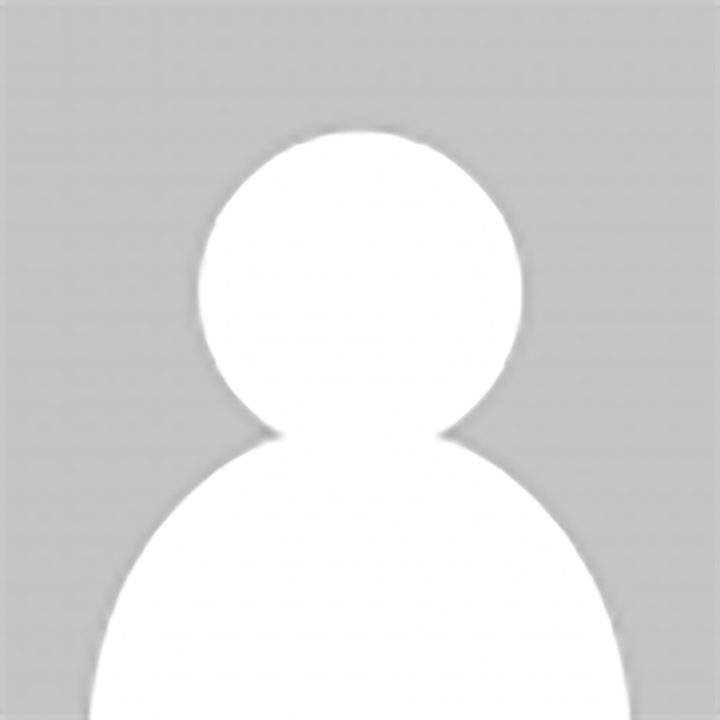 N.B. All correspondence should be sent to the Barbados Manufacturers’ Association’s address.

Presidents of the BMA

John Grace (1968-1969) was one of the founding members of the BMA. Being with the Association from inception, he was very instrumental in promoting manufacturing in Barbados. Mr. Grace was leader of the first trade mission to CARIFTA in 1968, and in 1969 was included in a government/private sector trade mission to the Scandinavian countries. He was a Council Member for fourteen years.

Mr. Brancker (1969-1971) was born on November 19, 1937. He became President of the Barbados Manufacturers’ Association and was appointed by the Governor General to represent the business community in the Senate. Over the last 20 years, he has served on the Boards of several Barbadian Companies. He is the founder and manager of R&E Branckers Limited. He represented Barbados at cricket for many years and played for the West Indies on a tour of England in 1966.

Frank da Silva served as BMA president from 1971-1974 and 1983-1985. He was not only a manufacturer but made a contribution to Barbados through his appointment as Barbados’ Ambassador to Trinidad and Tobago. In his role as Ambassador, he broadened trade contacts with Trinidad and Tobago and invited Trinidadian merchants and buyers to participate in the Barbados Manufacturers’ Exhibition (BMEX).

Basil Forbes (1974-1976) and (1976-1979) was been the longest serving president of the BMA. Along with holding the position of President, he was also First Vice-President, Honorary Treasurer and a member of the Executive for thirteen consecutive years. Mr Forbes was a member of several organisations in Barbados and has had a long association with the Barbados Boys Scouts Association.

Mr. Gibson served as President for three (3) months before resigning due to illness.

Peter Miller (1979-1981) and (2004 – 2006) was the eighth president of the BMA. Mr Miller held the post of First Vice President of the BMA from 1978-1979 and became President in 1979. The trade exposition – BMEX is really Mr. Miller’s brainchild. Billed ‘Expo ‘81’, Mr. Miller had the responsibility of raising funds for the Association at a time when financial resources were lagging. Mr Miller is the Managing Director of Miller & Sons Ltd.

Henry Vieira (1981-1983) became President of the BMA in 1981 and during his presidency was elected Chairman of the Caribbean Manufacturers’ Council. He was a member of the BMA, the Barbados Chamber of Commerce and Industry, The Barbados Hotel Association and the Caribbean Association of Industry and Commerce.

The late John Hampden (1985-1986) will be remembered most for the role he played in transforming the furniture industry in Barbados. He has held several positions on the BMA Executive. Those positions were Honorary Treasurer, First Vice President and President. Mr. Hampden was instrumental in promoting the idea of a “Buy Local Campaign”.

Sir Allan served as BMA president from 1986-1987. He was Managing Director of Tropical Batteries from 1978 until 1988 and a Board Member of the National Standards Institution and the Barbados Export Promotion Corporation. Mr Fields also served as a member of the Executive Council of the Barbados Chamber of Commerce and Industry and President of the Barbados Employers’ Confederation.

Alfred Knight, CGA is a professional accountant. He served as president from 1987-1989. Mr Knight held the posts of General Manager of Purity Bakeries Ltd. and Managing Director of Wonder Bakeries. He is a past President of the Barbados Chamber of Commerce and Industry and the Jaycees.

Lewis Kirton started his term as President of the BMA in 1989 and served again from 1994 – 1996. He was a member of the Association since 1973 and sat on the Council from 1974. He held the positions of Treasurer, Third Vice-President, Second Vice-President and First Vice-President of the organisation. He was also chairman of the BMA’s Furniture Group for six years during which time he built that sub-group from six members to twenty-five. Mr. Kirton stated that although manufacturing took a turn for the better in Barbados there was still a significant deficiency. For this to improve Barbadian manufacturers should have been able to export freely to the other Caribbean countries. He emphasised the need for greater cooperation among Barbados and neighbouring OECS countries.

Ralph Johnson served as President of the BMA in 1990 – 1992. Well known for the slogan “the little man”he is the Chairman of Harris Group of Companiesand Paul’s Enterprises Limited.Mr Johnson has been a member of the National Olympic Committee Board since 1986. He was one of the primary architects in the establishment of a lottery for sports organizations to sustain the Barbados Olympic Association Inc. in its day to day operations. Mr. Johnson is also a former President of the Barbados Yachting Association, the Barbados Squash Rackets Association, the Caribbean Area Squash Rackets Association and the Caribbean Yachting Association. In his wide and varied sporting career he has played basketball, football, water polo, and squash, he has participated in motor sport, and water skiing, and also represented Barbados in boxing.

Bobby Khan served as President of the BMA from 1992 – 1994. During his tenure, he encouraged co-operation among regional manufacturers.

Mrs. Mirchandani was the first female President of the Association. It was under her Presidency 1996 – 1998 that the BMEX exhibition moved to the then Sherbourne Conference Centre.

Ian Pickup served as President (1998 – 2001) and (2008 – 2011). He came to Barbados in 1976 as Manager of British Airways leaving British Airways in 1979 to become the General Manager of Tropic Air. In 1980, together with his wife, Donna Hendrickson, they set up Carib Island Designs Ltd, a manufacturer of ladies fashion items from 100% cotton, under the “Dragon Lady” and “13th Parallel” labels. 1980-2008 Joint owner/operator of Carib Island Designs Ltd., now trading as River Bay Trading, producing all types of knitwear under the “River Bay” label, as well as bathrobes for the hotel industry and “high performance” polyester sporting apparel. Mr Pickup is a former Board Member of the TVET Council, The Productivity Council, and The Barbados Investment & Development Corporation.

Mr. Foster served as President from 2001 – 2002. He spearheaded Phase 1 of the 100% Bajan Campaignfollowing the events of September11, 2001 in the USA in an attempt to minimise the anticipated economic fall-out on local businesses. Mr Foster is the managing director of Automotive Arts.

Mr. Azan who was First Vice-President acted in the capacity of President for seven months in 2005 and two months in 2006 due to the illness of the then President Mr. Miller.

Richard Cozier served as President of the BMA from 2002 – 2004 and presided over the expansion of the highly successful 100% Bajan campaign. As Chief Executive Officer (CEO) of Banks Holding Ltd., the largest beverage conglomerate in Barbados, he keeps a close eye on all developments in the manufacturing sector and uses his keen analytical skills to assess changes, particularly in the local and regional beverage market. Mr. Cozier is a current member of the Master Brewers Association of the Americas, the International Society of Beverage Technologists, the Barbados Stock Exchange, the Board of Trustees of BIMAP as well as The Barbados Private Sector Agency. He is also past president of the Caribbean Breweries Association, which represents the interests of all regional breweries.

James Husbands (2006-2008) transformed the BMA Secretariat in 2006 by his bold initiatives. He is renownedas a pioneer in the Barbadian Solar Water Heating Industry and celebrated for expanding the commercial market at a pace hitherto unseen in any small developing country. The driving force in Solar Dynamics Limited, he was awarded the national Award for Energy Savings in the Independence Honors of 1994. The Gold Crown of Merit (GCM) is the country’s third highest honor. He has been recognized by the Barbados Industrial Development Corporation (BIDC) for his Entrepreneurship as well as the Company’s product as Product of the Millennium in the BIDC’s Millennium Awards.

David Foster served as President from 2011 to 2013. Mr Foster joined the staff at Roberts Manufacturing Co Ltd in September 1992 as Chief Engineer and was appointed as Managing Director in 2008. A former student of Harrison College and the Samuel Jackman Prescod Polytechnic, Mr. Foster then continued his studies in Derby, England, in 1971 where he was assigned as an apprentice at Fletcher-Smith, a major manufacturer of sugar machinery. On completion of his Higher National Certificate in 1975 he returned to work in Barbados with D. M. Simpson & Company. Mr. Foster worked in Antigua as Project Manager for D. M. Simpson & Company, to rebuild the Antigua Sugar Factory. Following that assignment Mr. Foster worked in collaboration with the Consultant group to build Portvale Sugar Factory as a replacement of three individual Factories , namely Porters, Vaucluse and Porters.

Karlene Nicholls (2013 – 2015) is the second female president of the BMA. She is currently the Commercial Manager at ADM Barbados Mills Ltd. having joined the company in 2010. Karlene’s career spans twenty years with over fifteen years experience in middle and senior management in the manufacturing and distribution sectors in Barbados. Prior to joining ADM, Karlene’s career path included engagement as the Divisional Manager for Wines and Spirits at Stokes and Bynoe Ltd, Sales and Distribution Manager at Purity Bakeries Ltd and Sales and Marketing Manager at The West India Biscuit Co. Ltd (Wibisco). She has been a member of the American Marketing Association since 1996 and was elected Vice President of the Caribbean Millers Association in December 2012.